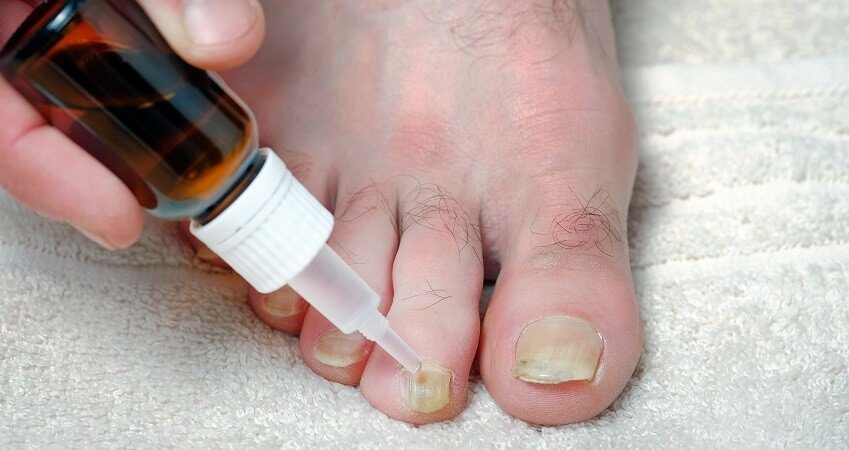 About ten percent of the American population have or had fungal nail infection. And more than twenty percent over the age of 60. In this article, we will talk about ways to treat nail fungus? What is the best way to get rid of nail fungus fast? And how you can avoid being infected?

What Is a Nail Fungus?

Nail fungus is known as Onychomycosis. Onychomycosis is a common fungal infection that appears underneath the nails. There is hardly any person who has not suffered from it during his lifetime.

According to the California Podiatric medical association,  Fungal infection is often ignored because the infection can be present for years without causing any pain.

Usually, Onychomycosis causes discomfort to the patient. The fungus is first expressed by a yellow or white dot appearing below the tip of the nail. The fungal infection can occur in both fingernails and toenails.

After the initial appearance, the process spreads inside and causes the fungus to appear in more internal places within the nail. As a result, the nails change their color and may thicken or begin to fall apart at the edges.

Onychomycosis is a chronic condition, which is difficult to treat. 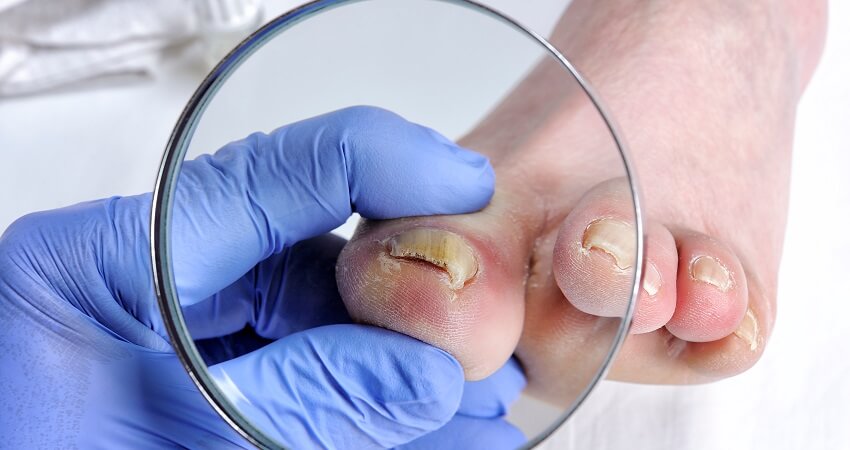 What Are the Signs Nail Fungus?

Nail fungus is manifested in a variety of ways, depending on the person, the type of fungus attacking and the rate of disease progression. Therefore, in different people, Onychomycosis can manifest itself in a slightly different way. With that said, there is much in common to all who suffer from fungus.

Nail fungus is manifested in one or more of the following signs: thick nails, broken edges, change of the nail structure, a distorted edge, changes in the color of the nail, or blackening of the nail area.

All of these symptoms are characteristic of people suffering from nail fungus, and as mentioned above not always all of them are expressed, and often only one sign appears. When the condition worsens, the nail may detach itself from the nail bed and cause great suffering. Also, sometimes with the development of the fungus, pain develops accompanied by a bad smell.

Nail fungus sometimes has Similar symptoms to a condition called nail psoriasis, which can affect the nail base, and the skin under it (the tissue under the nail), we need to remember that usually, psoriasis does not develop only in the nails, but also in other places on the body.

However, the definitive identification of the existence of fungus is done in laboratory testing. The only problem is that the answer may take a couple of weeks to get, making it difficult to begin treatment right away.

What Is Causing Onychomycosis?

In most cases, the Onychomycosis is caused by the dermatophyte fungus family. Also, yeast and mold can cause nail fungus, but these cases are less frequent.

The fungal infection usually develops due to poor hygiene, which provides fungi with a convenient and rich breeding platform. The situation is very common among people who do not preserve high hygiene and therefore prone to develop this nail infection.

After the fungus has settled in the nail area, it begins to multiply, and gradually the fungus spreads and damages large nail areas.

In most cases, the fungus appears on toenails, where the fungi enjoy optimal living conditions. The area of the toes is characterized by moisture, warmth, and darkness, which provide the fungi with excellent conditions.

Also, in this area, the blood supply is usually lower (than in the palms), so there is no proper vaccine response, which stops the fungi in time.

How Can I Treat Nail Fungus?

Nail fungus is a chronic condition, which is very difficult to treat. Having that said, few useful treatments will cure the nail infection.

Why is Fungavir the best Nail Fungus Solution?

Why is Fungavir the Best Way to Get Rid of Nail Fungus Fast?

How Do I Avoid Getting Fungal Nail Infection?

It is crucial to keep your feet clean and to maintain proper hygiene. It is most important to keep your foot dry and do so by using airy shoes, changing socks frequently and drying if necessary.

Wear Cotton Socks- Cotton socks are also used to deal with bad-smelling feet, and also prevent the development of infections and fungi that need a wet area to thrive.

Clip Your Toenails Properly- When clipping your toenails, you should use sanitized nail scissors or clippers and make sure to cut them straight across.

Keep a Well-Groomed Foot- Cracks and cuts in the legs are very dangerous and can cause various infections. It is important to cultivate the foot and keep the skin intact and dry.

Treat Hyperhidrosis- This phenomenon also causes discomfort and can lead to the development of infections and fungi of various kinds. It is important to know that foot fungi can cause nail fungus.

Avoid Causing Trauma to the Nails- Beatings on the legs, even if not on purpose, can cause the nails a local trauma, which could result in a damage to the nails later on. Try to be careful.

If you liked our Over the Counter Toenail Fungus Treatment Reviews tell us all about it!

Lina is the owner and founder of NAG. She worked as a purchasing administrator at a cosmetic company before starting her own business. She also has a background as a nail and makeup artist, which inspired her to create an online resource for all things beauty-related. 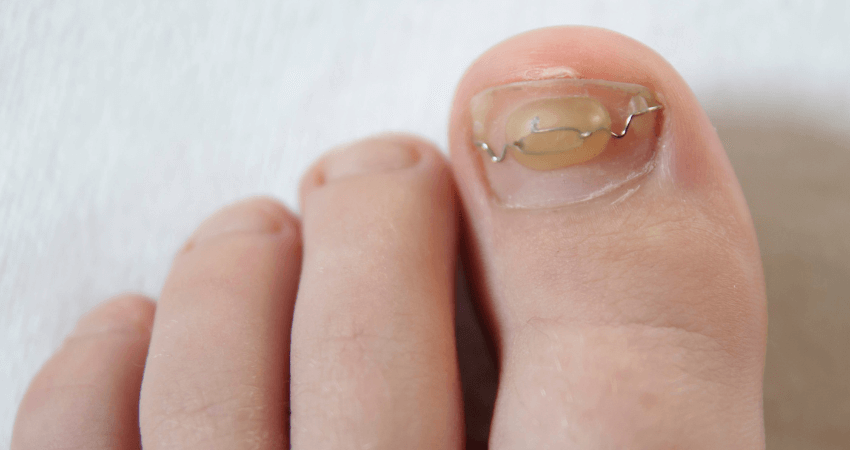 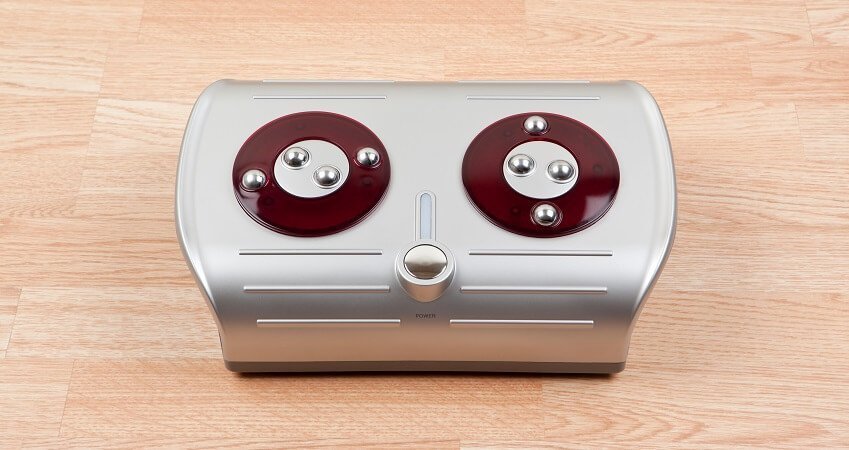 Nail Art Gear is a participant in the Amazon Services LLC Associates Program, an affiliate advertising program designed to provide a means for sites to earn advertising fees by advertising and linking to Amazon.com. As Amazon Associates, we earn from qualifying purchases. We also participate in other affiliate programs which help to support our work.